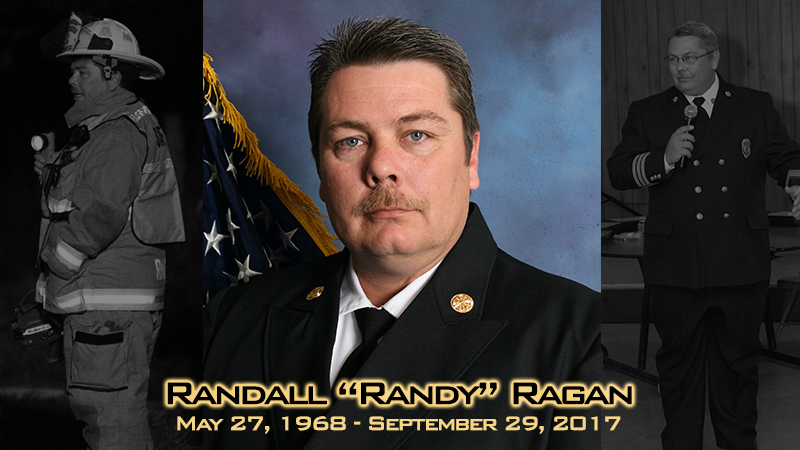 Mr. Randall ” Randy” Ragan, 49, of Montgomery City, MO, formerly of Troy, MO, passed away on Friday, September 29, 2017. He was born on May, 27, 1968, in St. Louis, MO, the son of Joe and Peggy (Melton) Ragan. After attending the local schools, he graduated from Riverview Gardens High School, in St. Louis. On October 4, 1991, he met the love of his life, Tina Heisner and the rest was history. The couple were blessed with two sons; Kyle and Austin, and they were the light of his life. Randy worked as a service writer at Big G for over 10 years. But his true passion, was working as a fireman, which did for over 20 years. Randy worked at Lincoln County Fire Protection District #1., as Assistant Fire Chief. In addition, he worked as an instructor at Missouri Fire & Rescue Training Institute Randy was the instructor of the year 2011-2012, for the University of Missouri Fire & Rescue Training Institute. He was a hard worker, a good provider for his family, as well as a devoted husband and father. Randy was very close to all of his fellow fire fighters, and truly shared a lifelong brotherhood with them all. His dedication and passion to protect and serve was second to none. Randy will long be remembered as a wonderful friend and brother to so many fellow fire men and women. He will forever be remembered as a loving and compassionate, father and husband.

He is preceded in death by his parents, and his favorite Uncle Bill Melton.

A funeral service also to be held on Saturday, October 7, 2017, 1:00 p.m., at the funeral home in Troy. Chaplain Patrick Schwent to officiate. After the service at the funeral home, all are invited to follow in procession to the Lincoln County Fire Protection District #1, for the fireman’s funeral honors.