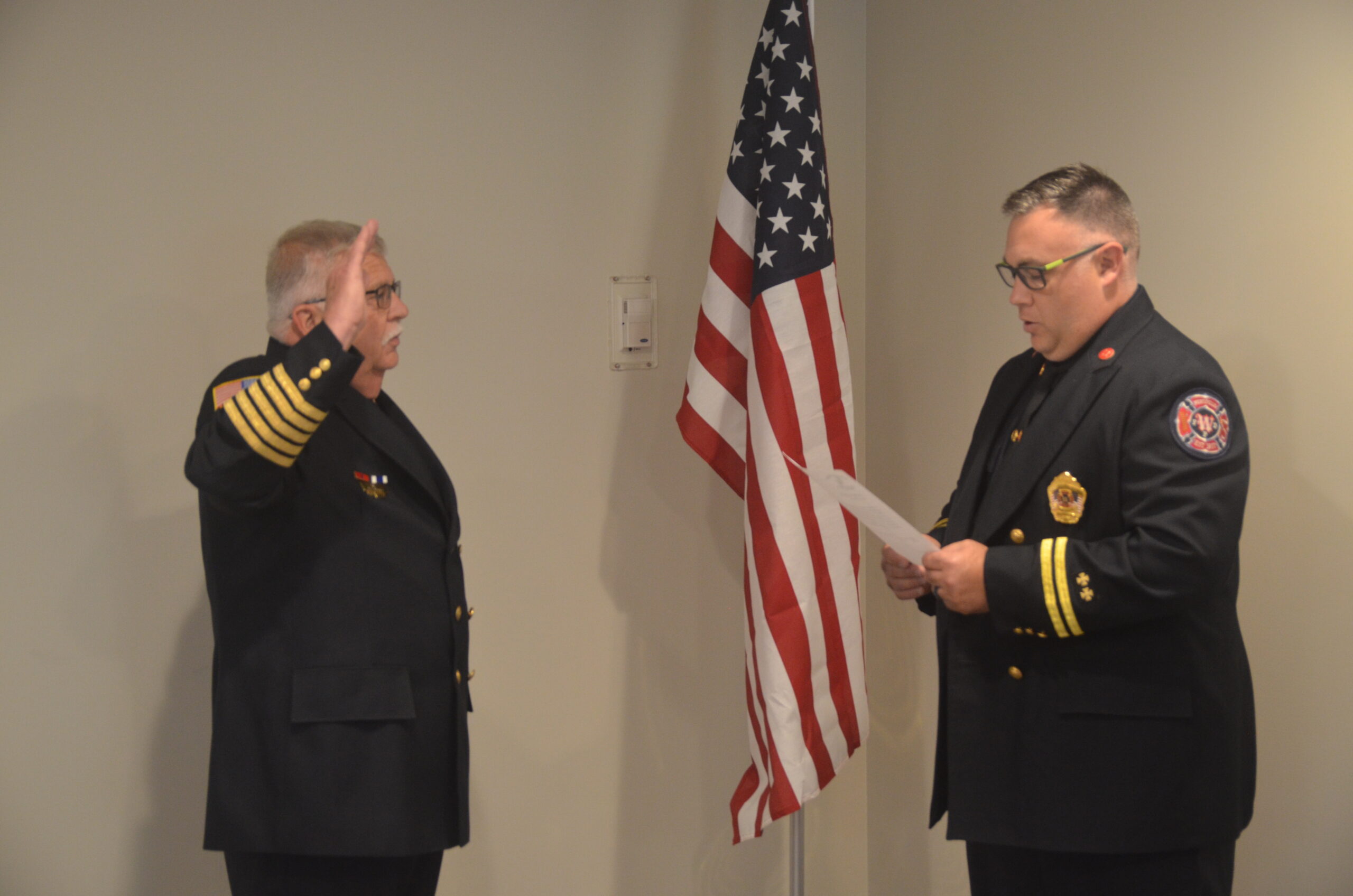 Yesterday evening Fire Chief Mike Marlo took the oath of office during a ceremony at the monthly board of directors meeting. The oath was administered by Chief Marlo’s son who is a captain with the Wentzville Fire Protection District.

During his tenure with the Wentzville Fire Protection District, Chief Marlo worked cohesively with members of the District in developing a vision to provide the highest level of service to the citizens, in a fiscally responsible manner. Chief Marlo served as the St. Charles County Region C Mutual Aid Response Coordinator and as the St. Charles County Emergency Dispatch & Alarm Chairperson. Chief Marlo is a Silver Medal of Valor recipient for a dramatic rescue of a young child trapped in a residential fire in 2004. Chief Marlo was appointed to the State of Missouri Fire Education/Advisory Safety Board by Governor Jay Nixon and remained serving as a Board Member until 2019. Along with the Advisory Board, Chief Marlo, was a current sitting member on the St. Louis County Local Emergency Planning Committee (LEPC), St. Louis County Fire Academy Board of Directors, and the St. Louis County Special Operations Team, consisting of Urban Search and Rescue (USAR) and Hazardous Materials/ Weapons of Mass Destruction response team.