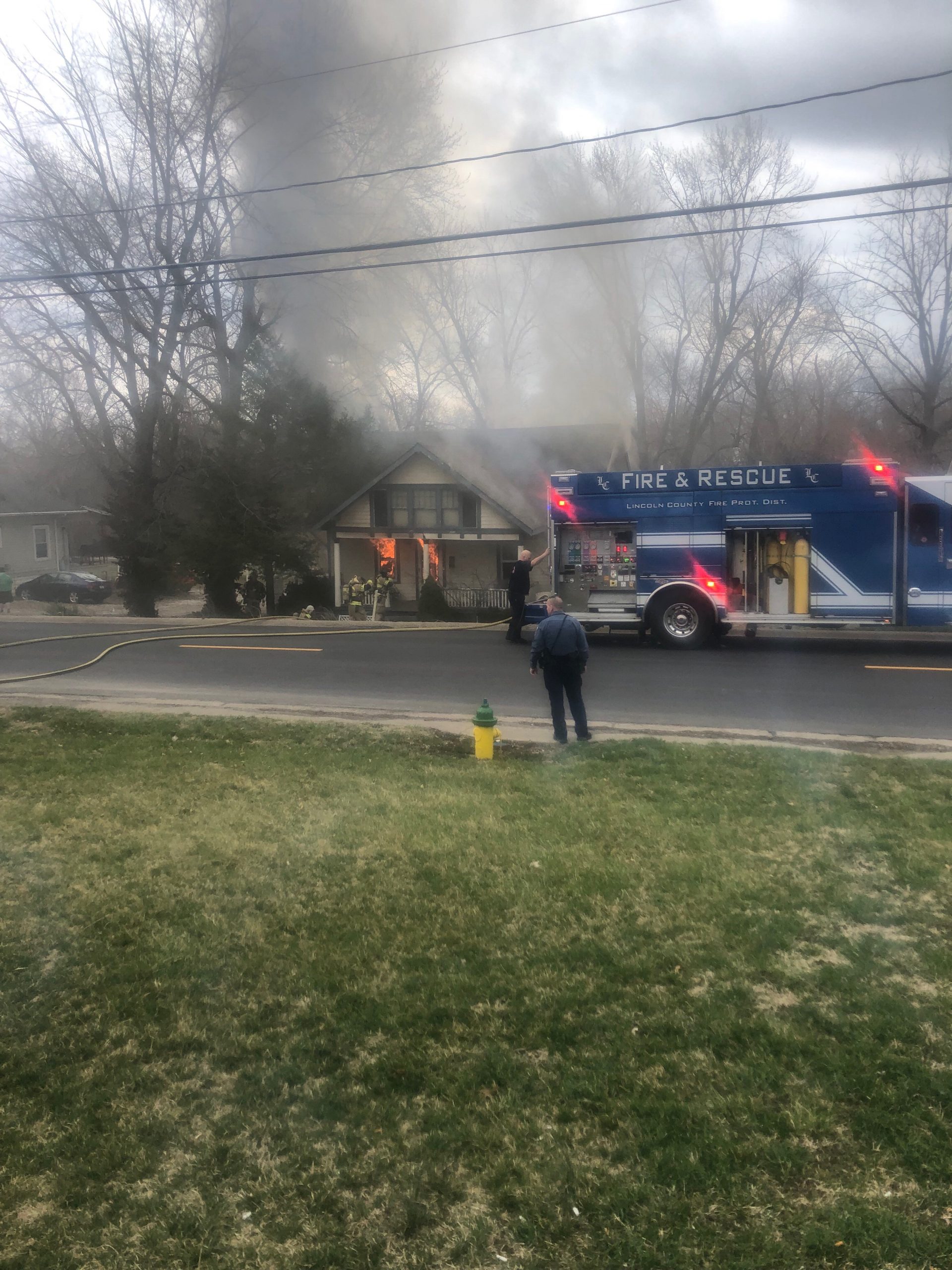 On Sunday, March 24th 2019 at 2:26 PM, The Lincoln County Fire Protection District responded to a 2 alarm house fire with a report of people trapped in the 700 Block of Boone St in Troy.

The occupants are being assisting by the Lincoln County Firefighters Community Outreach and the American Red Cross.

The cause of the fire is under investigation by the Missouri State Fire Marshal’s Office.