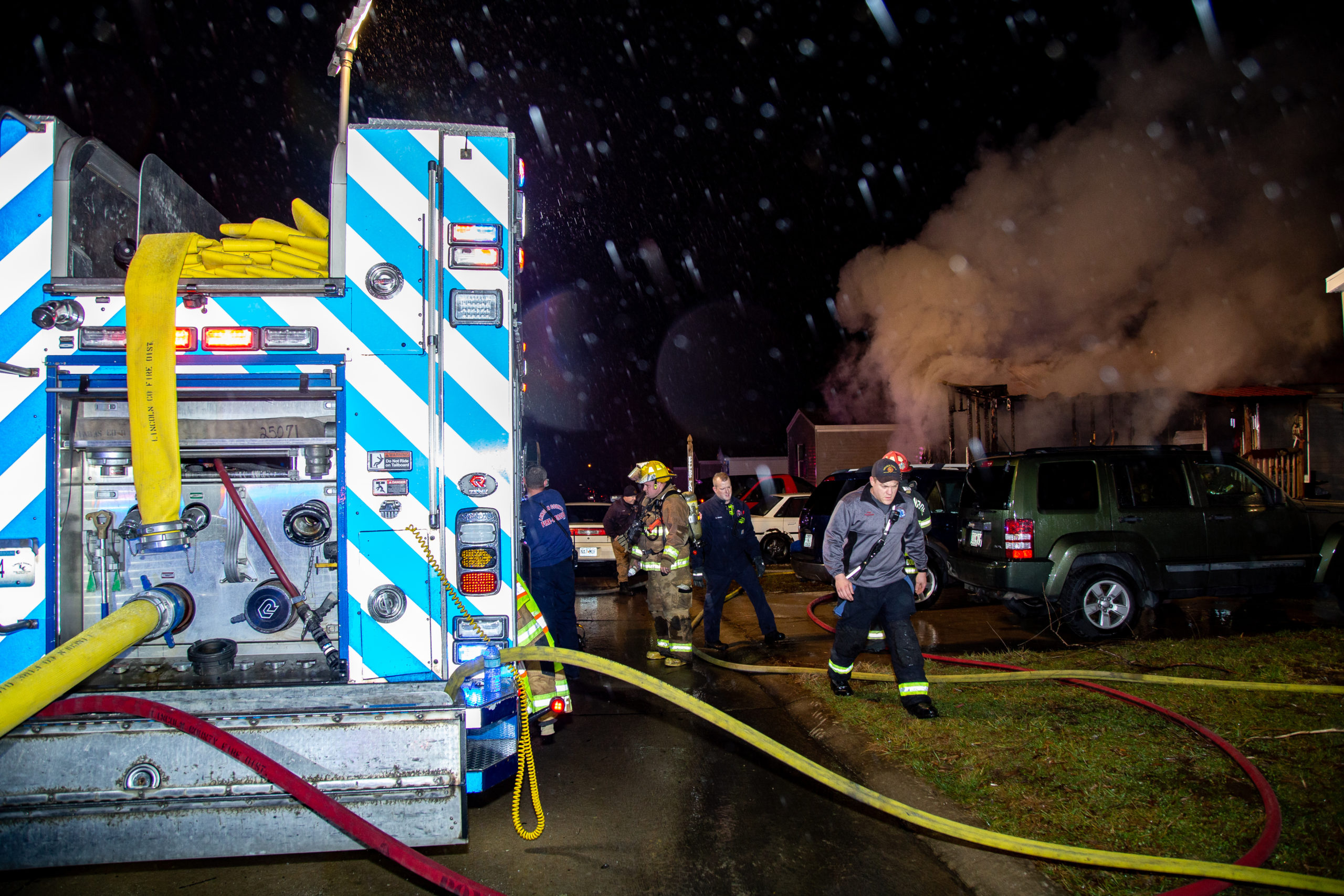 On November 30, 2019 at 1:51 A.M. The Lincoln County Fire Protection District responded to a mobile home fire in the 100 Block of Blue Bunting Circle in Moscow Mills. When firefighters arrived, they found heavy fire coming from the home. It was reported that one person was trapped inside. One of the occupants made several attempts to rescue the trapped person, but was forced back by the fire. Firefighters initiated a search of the home for the missing occupant and began extinguishing the fire. Firefighters located a deceased 7 year old male in the home.

The Missouri State Fire Marshal’s Office was called to investigate and determined the cause of the fire to be “Accidental”. Power was out in the neighborhood and a candle was lit to provide light in the home. The fire is believed to have started in the area that the candle was burning. Due to the extent of the damage, the exact ignition source was unable to be identified.

We ask that you keep the family in your thoughts during this very tragic situation.

Below we have included a few safety tips to hopefully prevent another tragedy like this in the future.