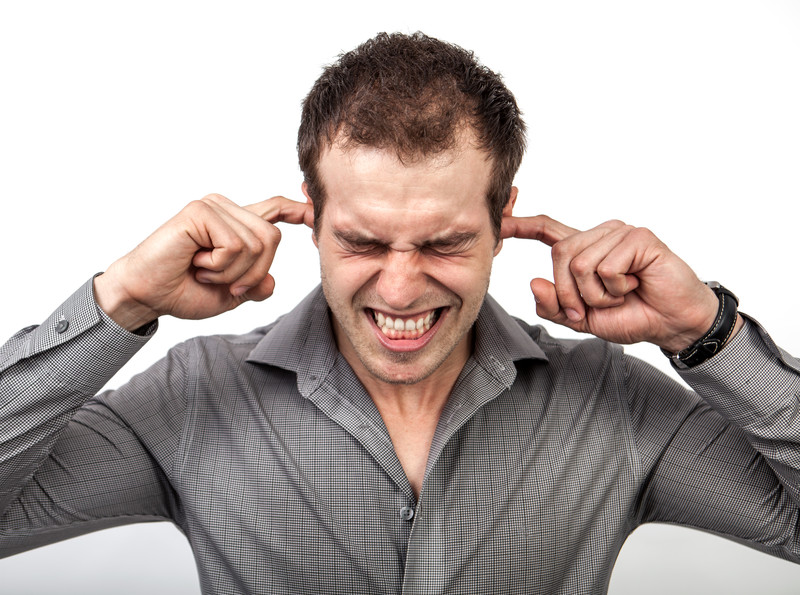 Types of Smoke Alarms and How They Work

There are two primary types of smoke alarms.  Ionization and Photoelectric. 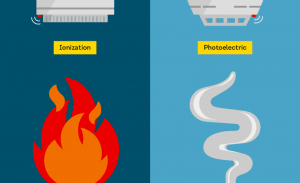 Ionization alarms are the most common and found in almost every residential home across the nation.  They have a small amount of radioactive material between two electrically charged plates inside the alarm.  The air is ionized and causes current to flow between the plates.  When smoke enters the chamber, it disrupts the flow of ions and reduces the electrical current which activates the alarm.  Ionization smoke alarms are generally more responsive to flaming fires.

Photoelectric smoke alarms aim a light source into a sensing chamber, but at an angle away from the sensor.  Smoke enters the chamber and reflects light onto the sensor, activating the alarm.  Photoelectric alarms are generally more responsive to smoldering fires.

Each type of smoke alarm can be beneficial in the event of a home fire.  For the best protection, use both types.  There are combination alarms available that provide both types of technology in one device.

How A Smoke Alarm Is Powered

Smoke alarms can be powered in two ways.  The first is electric power from your home.  Many smoke alarms are hard-wired to your home’s electrical system and interconnected so when one smoke alarms sounds, they all sound.  Hard-wired smoke alarms also need batteries in case of power failure.  The batteries keep your smoke alarms working when the power is out.

The second way a smoke alarm is powered is by a battery only.  These are simply installed on your ceiling and have no wiring to your home’s electrical system.  It is important to keep good batteries in these alarms as the only power source is the battery.  According to the National Fire Protection Association, dead batteries are to blame for one-quarter (24%) of all smoke alarm failures.

Smart smoke alarms, such as those offered by Nest and others are also becoming popular.  These smoke alarms can be controlled through an app on your phone.

In any smoke alarm that uses batteries, whether for primary power or back up power, the battery should be changed every six (6) months.  Daylight Savings Time is a great reminder to install fresh batteries in all of your alarms.

Where Should Smoke Alarms Be Located

The serviceable life of a smoke alarm is 10 years.  If your smoke alarms are 10 years or older, they must be replaced.  While smoke alarms can seem to work properly after 10 years, the sensors can go bad and you may not know it until it’s needed.  That’s sure a bad time to find out they don’t work properly.

All smoke alarms should be tested monthly using the test button on the alarm.  Hold down the button to ensure the alarm sounds.  Tip:  This is a great time to have a quick fire drill with the family.

What To Do When A Smoke Alarm Sounds

Get out and stay out.  Sounds easy right?  Might not be for kids.  Will the smoke alarm wake them up?  Can they open windows by themselves?  Have they practiced what to do?  Do they know where to go once outside?  Having a home fire escape plan and practicing it saves lives.  Some great tips for a basic home fire escape plan can be found here.

As always, if you have questions about smoke alarms, please contact us.