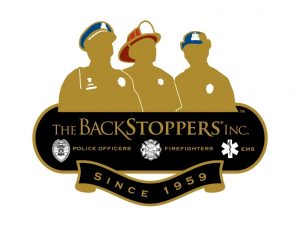 Started in 1959, The BackStoppers provides needed financial assistance and support to the spouses and dependent children of all police officers, firefighters and volunteer firefighters, and publicly-funded paramedics and EMTs in our coverage area who have lost their lives or suffered a catastrophic injury performing their duty.  Learn more about BackStoppers here.

Frequently, Lincoln County Emergency Services hosts a Crappie Fishing Tournament at Mark Twain Lake with all proceeds benefiting BackStoppers.  The 2017 Tournament will be held on March 13, 2017 from 7:00am-3:00PM.  The Tournament fee is $90 per boat in advance or $100 on the day of Tournament.  Registration fee includes Big Fish Contest.

Managing the financial side of the Lincoln County Fire District is, most certainly, not a simple task. The over 2.6 million dollar budget must be continually monitored and tracked. To do so, the District has a Budget Committee that meets regularly. The committee reviews where past revenue and expenses occurred. We also identify how the organization can run more efficiently and get more out of our revenue in the future. This includes frequently bidding out regular expenses to various vendors. Recently the fire district has changed suppliers for various items such as cleaning supplies, paper goods, cable, phone and internet providers which will save thousands of dollars.

On the revenue side of the budget, the district is primarily funded through property taxes. Additionally, permit fees, banking interest, our cost recovery program and miscellaneous income contribute lesser amounts of revenue. Personnel costs, fire trucks, and equipment are the primary expenses of the district, but cost of fuel, insurance, and utilities must also be accounted for. As this District grows in population, the demand for service increases. In the last 10 years, there has been a 46 percent increase in calls for service.

The District’s finances are audited annually and a full audit report is approved by the Fire District Board of Directors. The Fire District prides itself on being a good steward of its residents’ tax dollars, so that we can better serve our community